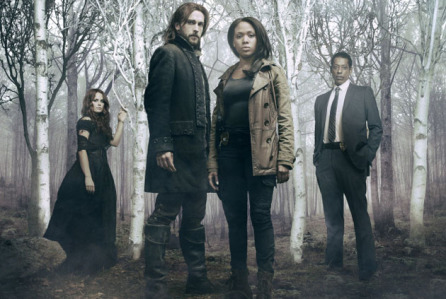 CONYERS — Rockdale County will be the new site of another popular television series.

The Fox TV series, “Sleepy Hollow,” which had been filmed in Wilmington, N.C., is slated to begin filming its third season this summer in Conyers.

Gina Hartsell, project manager and camera ready film liaison for the Conyers Rockdale Economic Development Council Inc., told members of the CREDC board of directors Thursday that the state of North Carolina adjusted its film incentives, prompting the producers to move filming to Georgia.

She said Rockdale County was in competition with several other locations across the state.

Hartsell said the production company has leased two former Hill Phoenix facilities, one a 190,000-square-foot building on East Park Drive and the other a 125,000-square-foot space on Sigman Road. The company has entered into five-year leases with sizable options if the series is canceled before that time.

Hartsell said the filming will bring about 300 new jobs to Rockdale County, and an initial anticipated impact of about $4 million. About 80 to 90 percent of the jobs will be hired locally.

“This is a pretty huge production,” she said.

Most of the filming will take place outside in wooded areas, such as at the Georgia International Horse Park, in Costley Mill Park and on property owned by private land owners. Hartsell said they are not really interested in filming in Olde Town Conyers, and have instead expressed interest in places like Covington and McDonough that have more traditional town squares.

“Sleepy Hollow” premiered in 2013 and is considered a modern-day adaptation of Washington Irving’s “The Legend of Sleepy Hollow.” According to Wikipedia, the show is set in modern times and is premised on the idea that the Headless Horseman summons Ichabod Crane from the grave 230 years after Crane killed him in 1781.

A police lieutenant investigates the Headless Horseman after he beheads the sheriff and discovers the presence of two occult groups — one for good, the other evil — in Sleepy Hollow, both of which are concerned with the Four Horsemen and the associated apocalypse. The killing spree the Horseman embarks on causes Crane and the lieutenant to team up, especially when they find out that they are destined to be the two witnesses, the only ones who can protect the world from the forces of Hell.