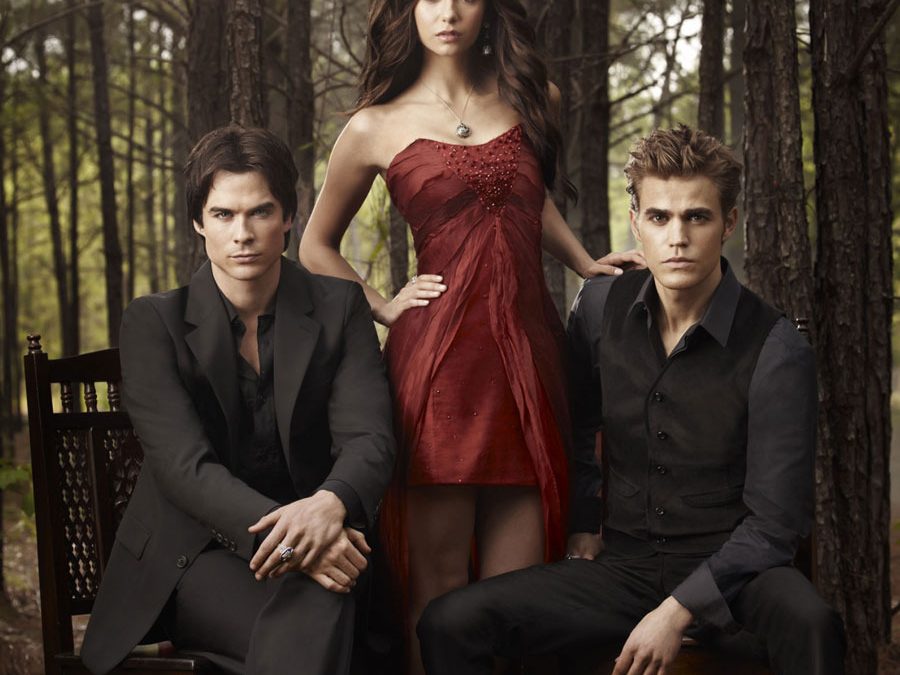 CONYERS — As Jessica Lowery explains it, to be a good vampire stalker in Olde Town Conyers, you’ll need comfortable walking shoes and a fully-charged camera rather than wooden stakes and garlic.

The filming of the television series “The Originals” in and around Conyers has garnered its share of attention from fans of the show and the curious since production began in July. The production that has turned Center Street into the French Quarter of New Orleans has also brought a welcomed economic boost to the area.

Lowery struck on the idea for leading tours from her and her daughter’s interest in “The Vampire Diaries” series that is filmed mainly in Covington. They started a blog in 2010 called the Vampire Stalkers. Fans of the show started contacting her to ask her to show them around filming locations. Lowery, who learned at that time she would be laid off from her special education teaching job in Newton County, started Mystic Falls Tours,www.mysticfallstours.com, named for the fictional setting of the television series.

“We thought maybe this will be a little niche, you know, something we can do until we find something else. I put it up on the website, and I’ve worked full time ever since,” Lowery said. “I absolutely positively cannot complain.”

Lowery began providing tours of Olde Town Conyers this summer as production moved to “The Originals,” a spinoff from the original “Vampire Diaries.” She estimates that her touring business does seven to 10 tours a week and averages about 25 people in each group. Business dips in the fall and winter but is strong in the spring and summer when most of the film production is done.

The economic impact for Conyers and Rockdale County from production of “The Originals” is not known as work on the television series here is ongoing and will continue through December. Previous entertainment production indicates that the impact could be in the millions of dollars, according to Gina Hartsell of the Conyers Rockdale Economic Development Council (CREDC).

“They spend time here meeting with stakeholders, eat in our restaurants and fill their vehicles with our gasoline,” she said in an email response. “In addition, because of our close proximity to Atlanta and easy access by interstates, we also have many Conyers-Rockdale residents who work on film projects even though they may be filming in other communities.”

Movies like the recently released “Prisoners” and “Fast and Furious 5” each was estimated to have pumped approximately $4 million into the local economy. CREDC, which serves as the local Camera Ready Georgia liaison office, hosted an open casting call for extras for “Prisoners” at Rockdale Career Academy where more than 1,000 people submitted applications.

“Fast and Furious 5” spent 11 months here in 2010 and rented out a warehouse for sound and special effects stages, leased office space and filmed exterior scenes.

The reason for the increase in film and television production in Rockdale and Newton counties and across Georgia is the Georgia Entertainment Industry Investment Act of 2008 that provides, among several incentives, a 20 percent, across-the-board tax credit on a minimum $500,000 spent on production and post-production work in the state. The state also allows producers to string together multiple projects to meet the $500,000 limit, according to Stefanie Paupeck, a spokeswoman with the Georgia Department of Economic Development.

The goal of the legislation was to bring more business from the entertainment sector, Paupeck said. It appears to be working. Georgia experienced an economic impact of $3.1 billion in the state during the 2012 fiscal year, which represents a 29 percent increase from 2011.

Direct investment in the state by the entertainment industry has also increased. Paupeck said $879.8 million was seen in direct spending in 2011. That investment includes 11 film and television studios announcing plans to locate or expand in Georgia, including construction of a studio at the old Lakewood Fairgrounds in Atlanta.

Paupeck added that the state is also looking to build on film-induced tourism with a website, www.ComeTourGeorgia.com to focus on the state’s film and music scene.

Locally, Lowery sees a bright future for film tourism even if “The Vampire Diaries” completes its run and whether or not “The Originals” continues production beyond its first season.

She said when the last vampire is stalked; she can see herself continuing by marketing tours for various local film productions.

“We have people coming in and wanting to see ‘The Dukes of Hazzard.’ How long ago was that?” she said. “They still want to see these things and know about these things, so I don’t think there will ever come a point where I won’t do a Mystic Falls tour. I do think there will come a time where that won’t be my main tour anymore.”