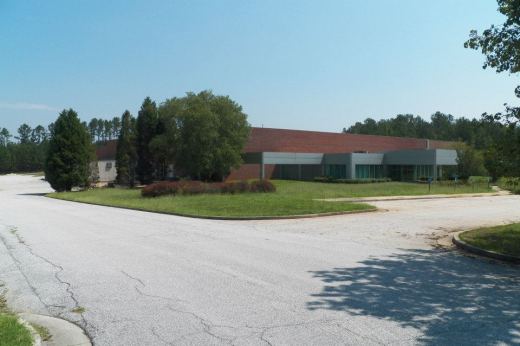 Built by Takahashi Works in 1990 to manufacture heavy equipment cabs (think front end loaders and tractors), in 2000 this plant closed. The property was purchased by Clarence Hall in 2005.

John Raulet, part owner in Mailing Avenue Stageworks and Westside Stageworks, assembled a group of local investors to purchase the property. They pre-leased the building to a major studio already filming in the area. The facility will be renamed Eastside Stageworks.

John Raulet stated, “When we were presented with an opportunity to add a Conyers facility into the Stageworks family, we jumped at the chance. There were two key factors that made this decision very easy; one – a very healthy industrial real estate market and two – a very solid base of film infrastructure that serves the area. This building will allow the studio to further expand their production activity in the area. When a studio puts that much time, effort, and money into creating a production hub, it’s not something that they like to walk away from. Even if this particular show gets cancelled, we feel very comfortable that Warner Brothers is committed to shooting content in Conyers for the long term. Oh…and it’s nice to get out of the city!”